I added some photos to yesterday’s blog

Lying in bed in Franklin NC, listening to the rain and feeling like a leg-less Queen.

We arranged a shuttle to pick us up yesterday at 21km, at a parking lot close to a fire tower (it was a nice scramble to get to the top with magnificent views). We got to the Tower 2 hours earlier than planned so I called the shuttle driver to see if he can fetch us earlier. Only to be told that he has no idea who I am…. I have to say that when I arranged the day before I had to call 4 times, every time he said he was driving and couldn’t talk (surely if this is your business you need a hands-free) and when I eventually talked to him he sounded a bit verstrooied, but wow, having put in 21km and thinking now you are going into town only to be left high and dry….

See fire tower through the trees. And Trevor at the top of the fire tower, me at the foot of the tower. 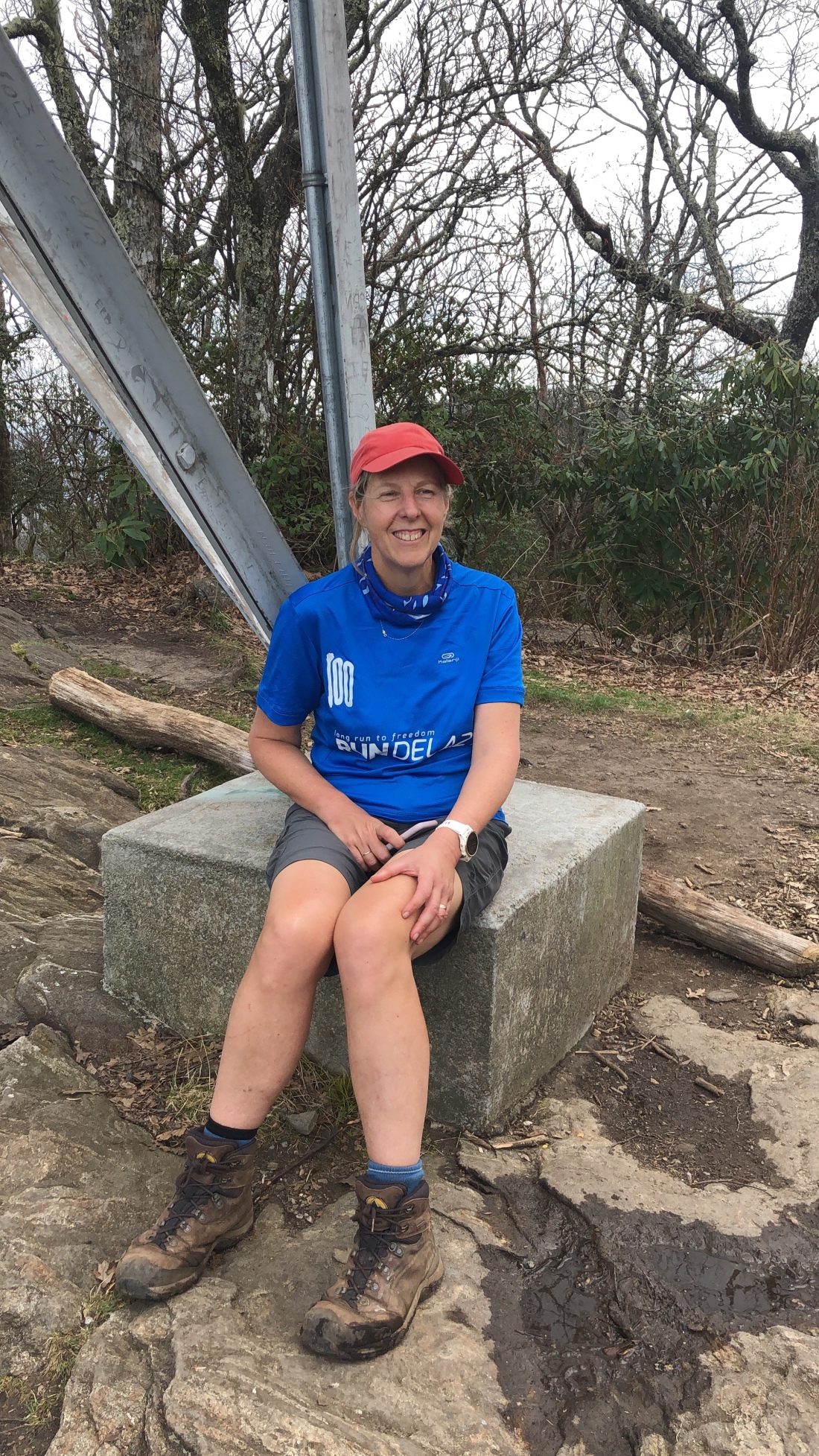 Enter Jacob. Probably 25 and slightly chubby. Overheard the conversation and said he could give us a lift, he is just finishing a loop hike and will be driving pass Franklin on his way home. Car is only five and a half away.

We were quite relieved and set off with Jacob. By now we were tired but for solving our problem we could push another 5.5km. Problem one, can this kid walk! Trevor had to ask him to slow down, saying we couldn’t keep up (granted he wasnt carrying a full pack but still!). Secondly there weren’t any of our pleasant 3km rests. But worst of the worse….in our panick about the shuttle problem we heard 5.5 and to us (naturally) it was km, but it was from an American’s lips….it was MILES. And 5.5 miles is almost 9km.

Jacob is a nice boy and coincidently doing his masters in GIS and Trevor and him found a lot to talk about, including American history. I was walking at the back, mind over matter, concentrating on keeping my legs moving. I don’t think I have EVER been this tired in my life.

Got our lift to Franklin, found the hotel, met Anette, a beautiful older South African woman (who insisted on hugging both me and Trevor) who moved here permanently to be with her daughter who moved here many years ago and has her own business (her son is in Australia). It is good that the world has become a global village but it is sad that SA is loosing so many good people.

We had a great meal last night and some beer and wine. Today will be for resting and shopping. Tomorrow morning back to the trail.