We had a great day and it was made possible partly by the opportunities the day brought and partly because I parked my get-it-done-before-you-relax mode 😀.

The morning started with a few steep ups and downs. I am quite happy with it as we got a bit unfit over the last few weeks which didn’t present a lot in terms of long and steep climbs, we need to tone our climbing muscles so a few hills will be good for us.

At our 6km break we realised that we would walk by the High Point State Park’s Office. And you can buy cold drinks there….At 8h30 we got to this well maintained office where we got (sponsored by the Lions for each thru-hiker) an ice cold free Pepsi. Trevor bought an extra one and we each had a packet of Doritos, sitting outside drinking in the tranquility of the setting. I managed to not look at my watch while we were sitting there. 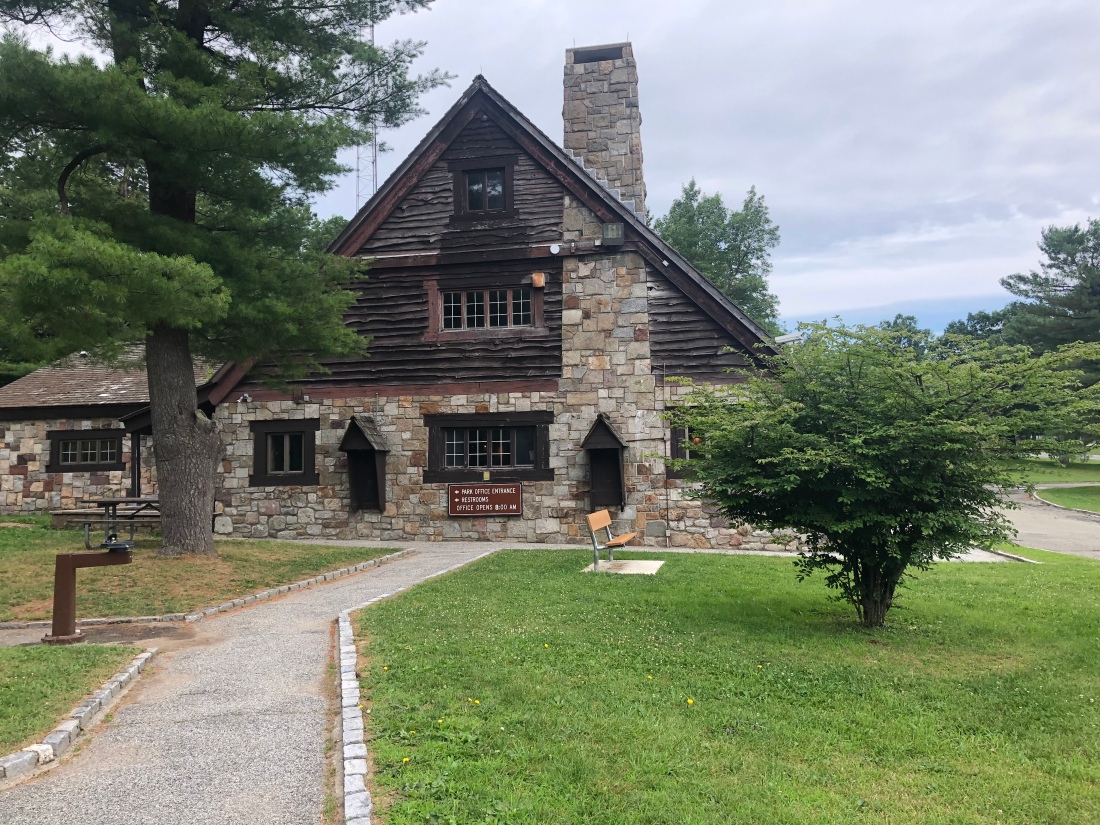 While there we met Vike (short for Viking), a 22year old Canadian dancer doing this all by herself. She got her name from the outfitter in Franklin who helped her down scale her pack weight from 52 pounds….I don’t think she weighs much more than 110 pounds!!!!

Just as we left we got to this nice AT sign: 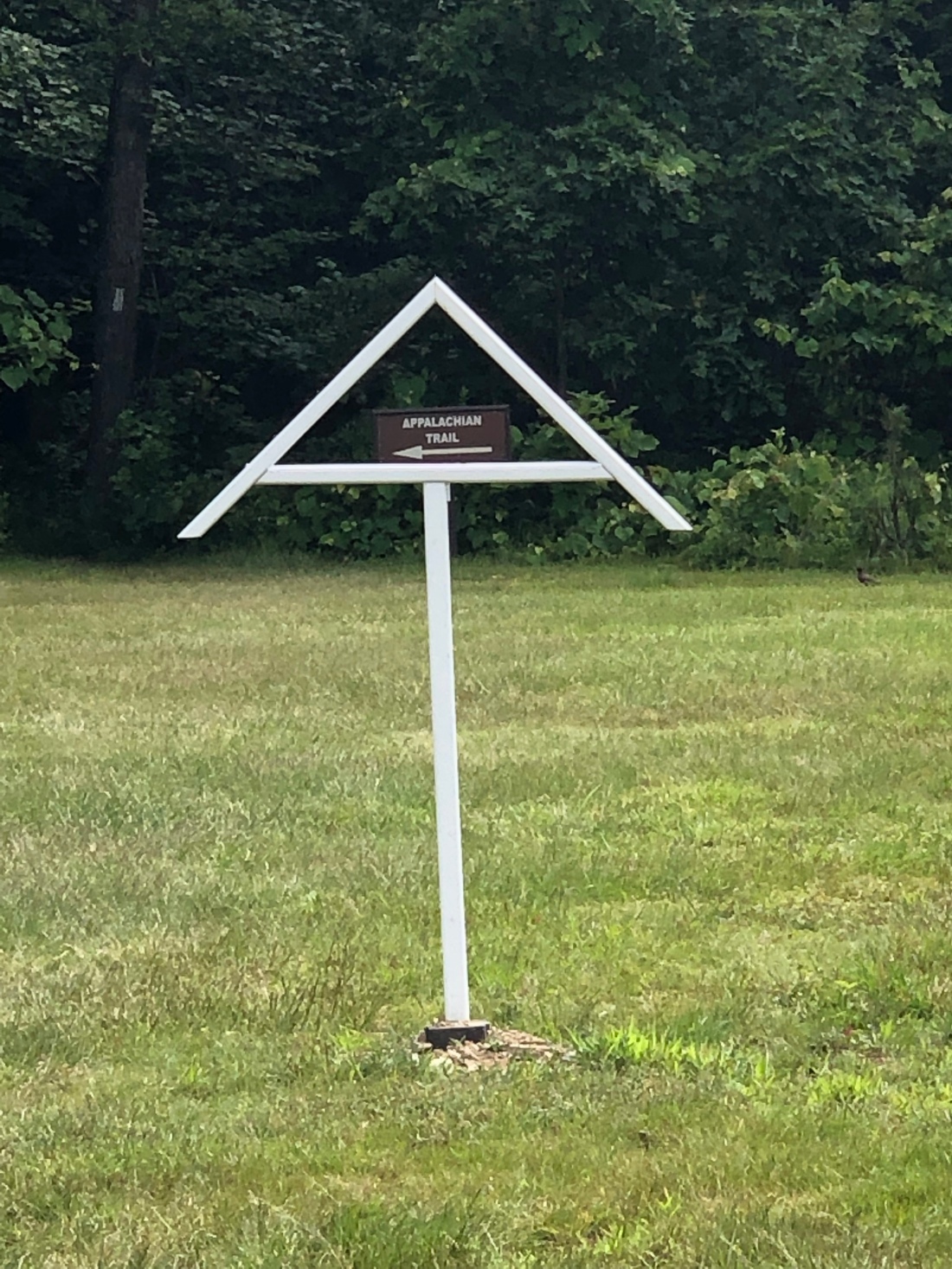 The next surprise was a lookout from where you could see a world war I memorial at the highest point in New Jersey. 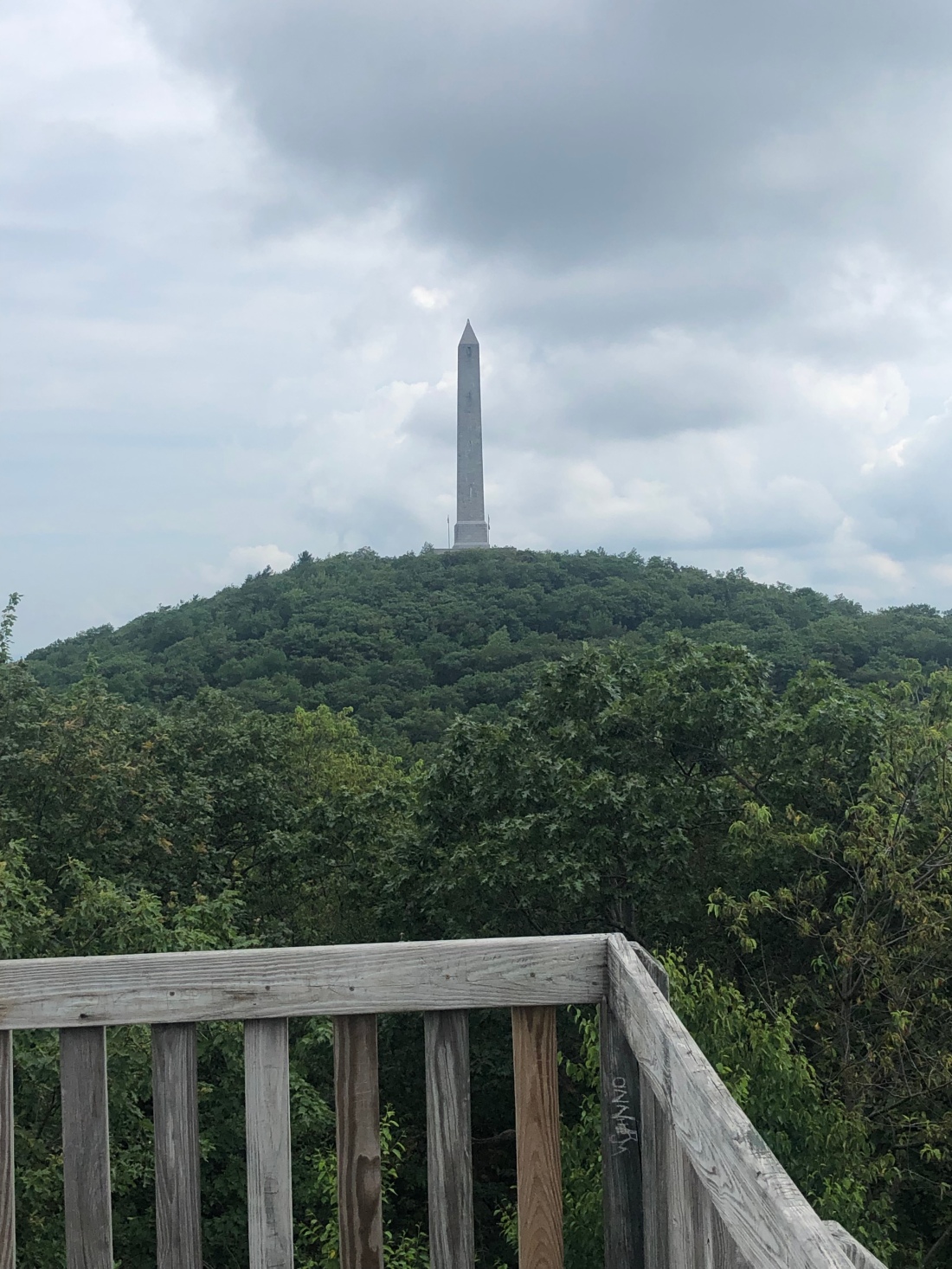 Trevor allowed me to take this photo of crazy mountain man: 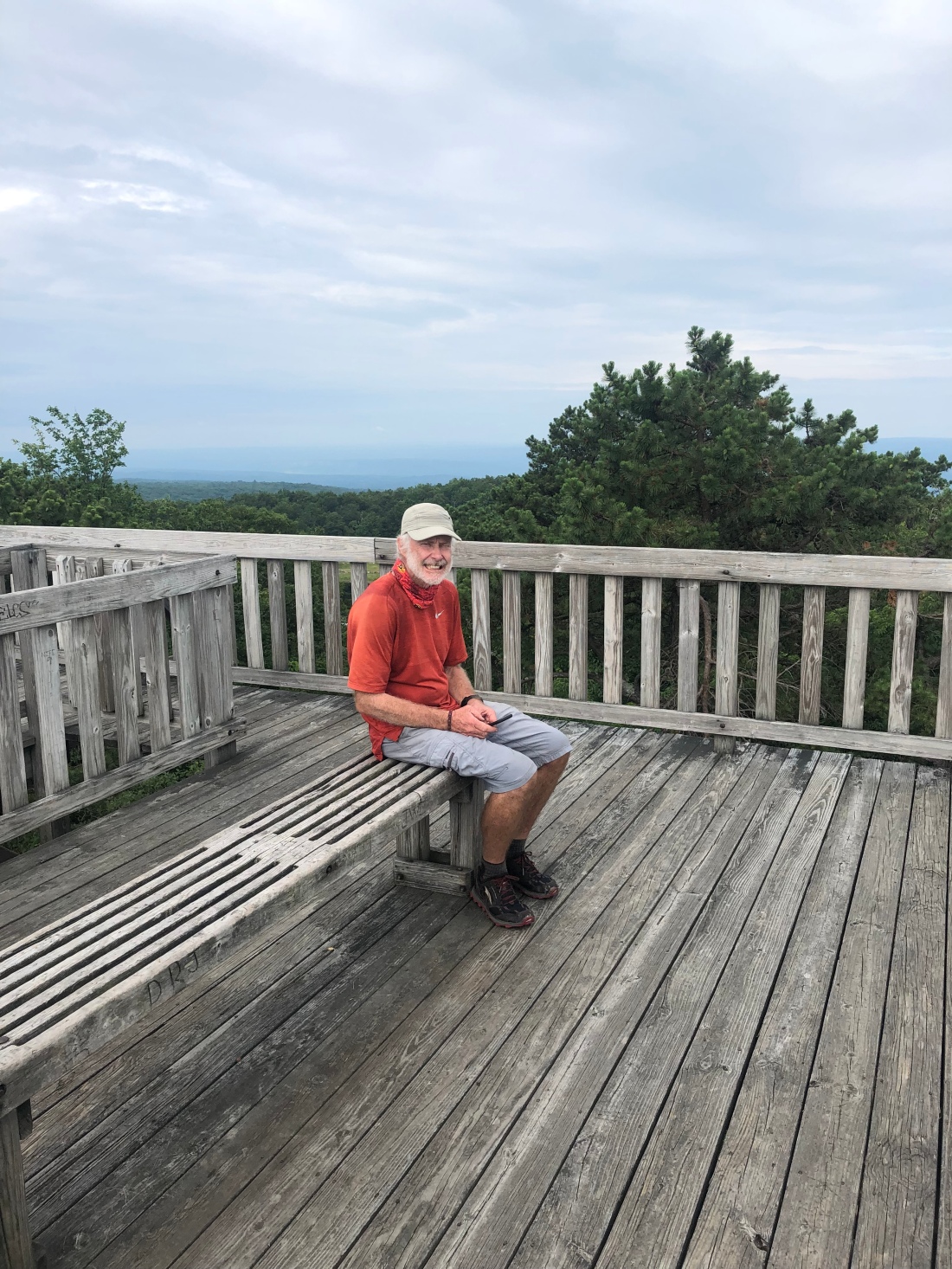 The trail passes Unionville (within half a mile of the trail) so we dropped down into town. It was soooo hot. Trevor wanted a beer and I wanted an ice cream. We found the tavern – they had beer but no ice cream (surprise). I got a lift with one of the patrons to the general dealer 400m away where I bought a pint of ice cream and ran back to the tavern as fast as possible to not have the ice cream melted. Luckily I brought 2 spoons so when Trevor asked where his ice cream was I could pretend that I meant for us to share… 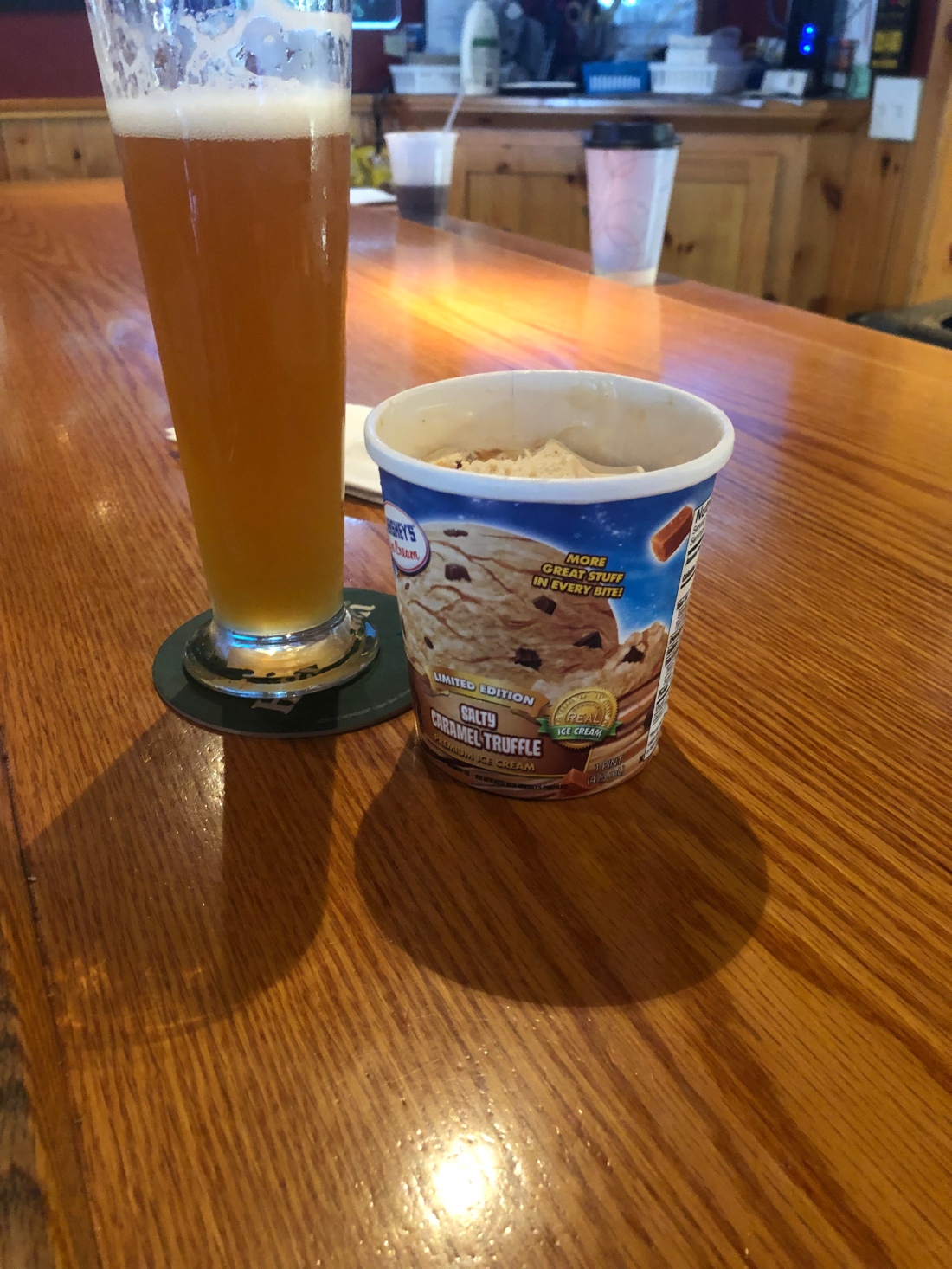 The tavern owner knew a lot about South Africa so we spent a pleasant hour there. We then went via the general dealer for more ice cream. Sitting outside with other hikers ploughing through pints of ice cream: 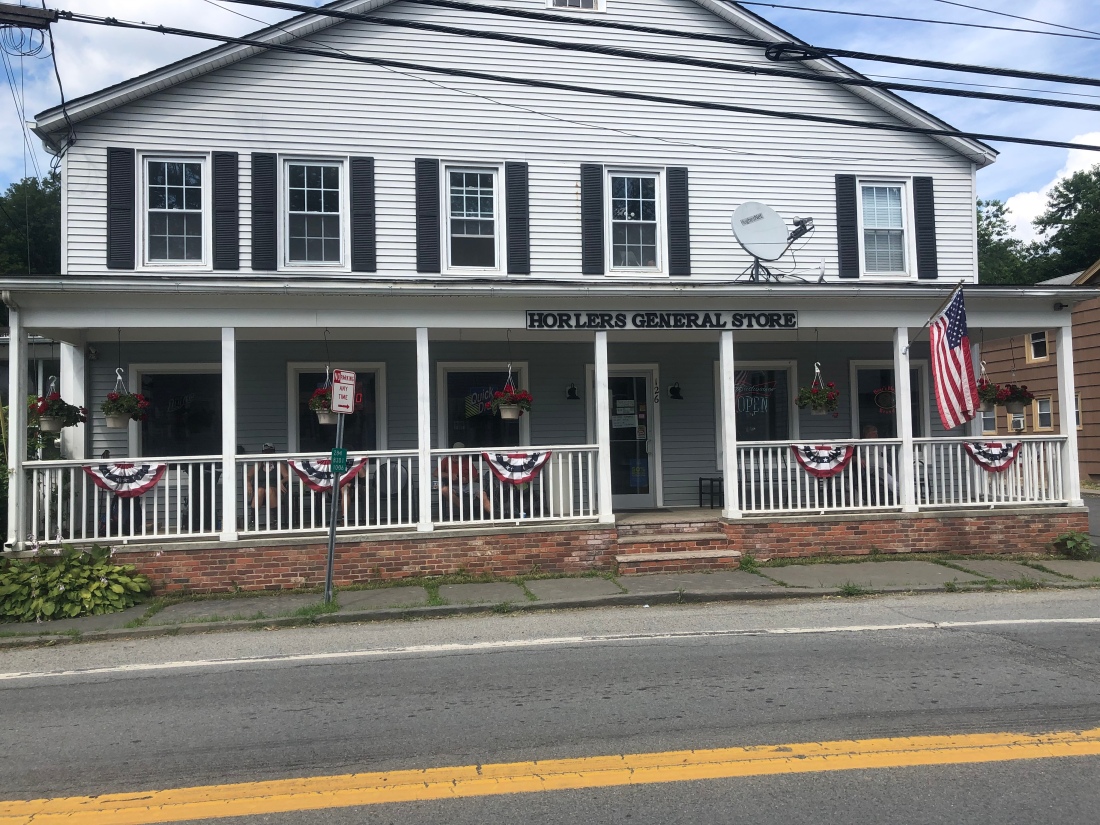 Just as we were leaving the history teacher arrived and also had some questions about things in South Africa and asked me how to say “enjoy the hike” in Afrikaans.

The last 8km were only tough because of the heat. We got a trail magic cooler box with ice cold water after 2km, that was very welcome. We walked next to farms, down a road, round a bird sanctuary and eventually uphill to the shelter. 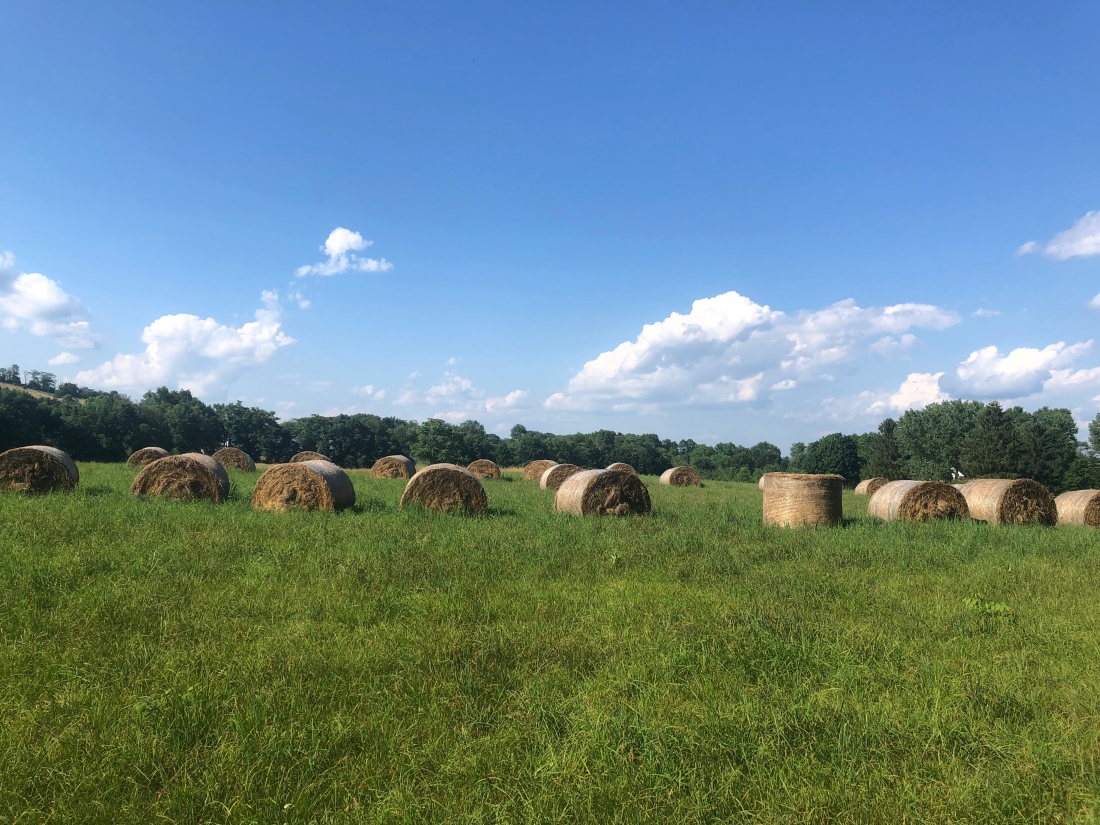 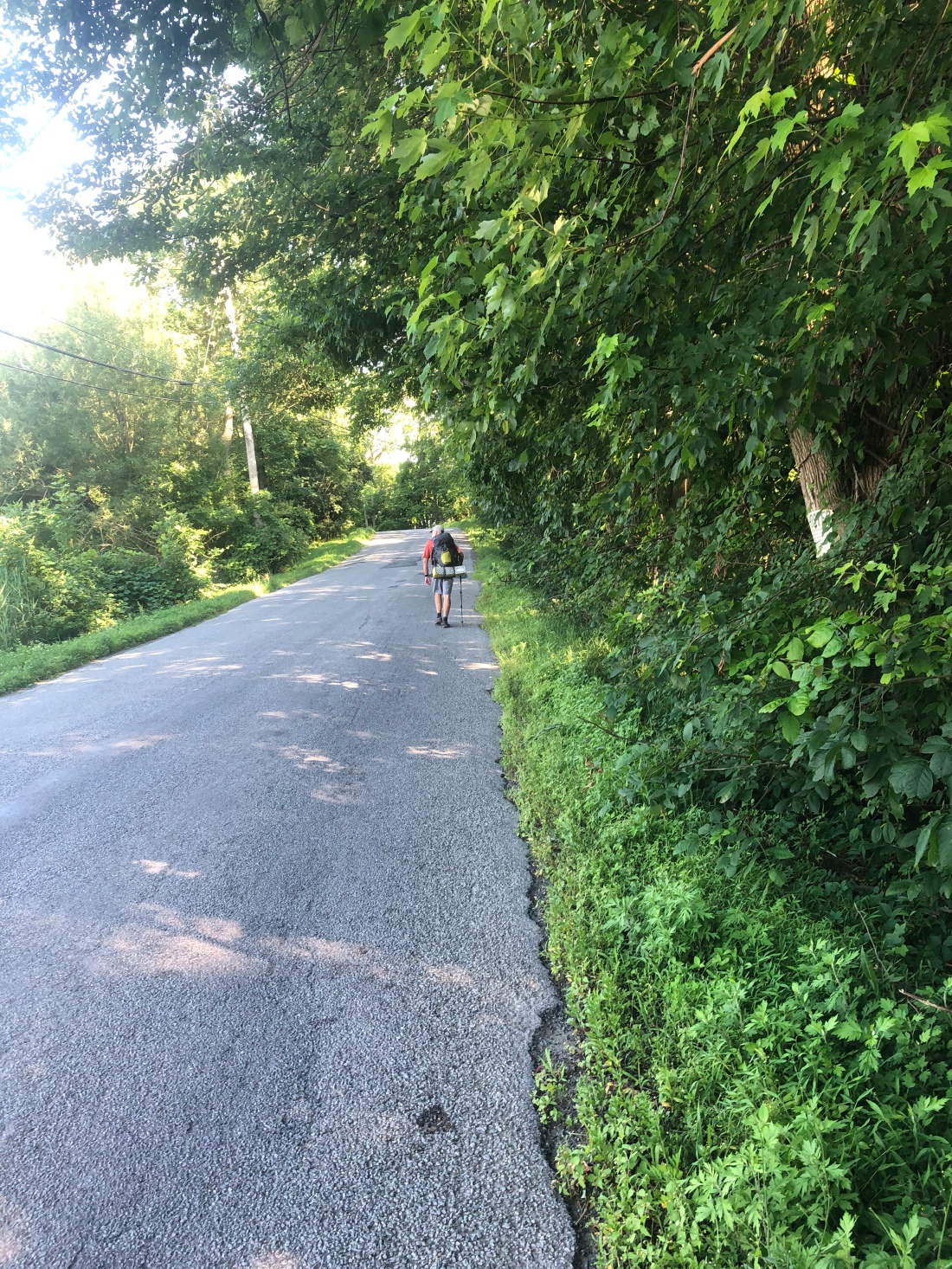 The only bad thing about today (and it is pretty bad) is that we left our one battery bank at either the tavern or the general dealer. Now we will have to cope with one and I am unsure if that will last till we can charge again….

2 thoughts on “A Wednesday feeling like a Friday – 3 July”