Design a site like this with WordPress.com
Get started
Skip to content
ria630209holmesgmailcom Uncategorized July 5, 2019July 5, 2019 3 Minutes

We started off with a few ups and down and then had a long and lovely stretch on boardwalks through a bird sunctuary. 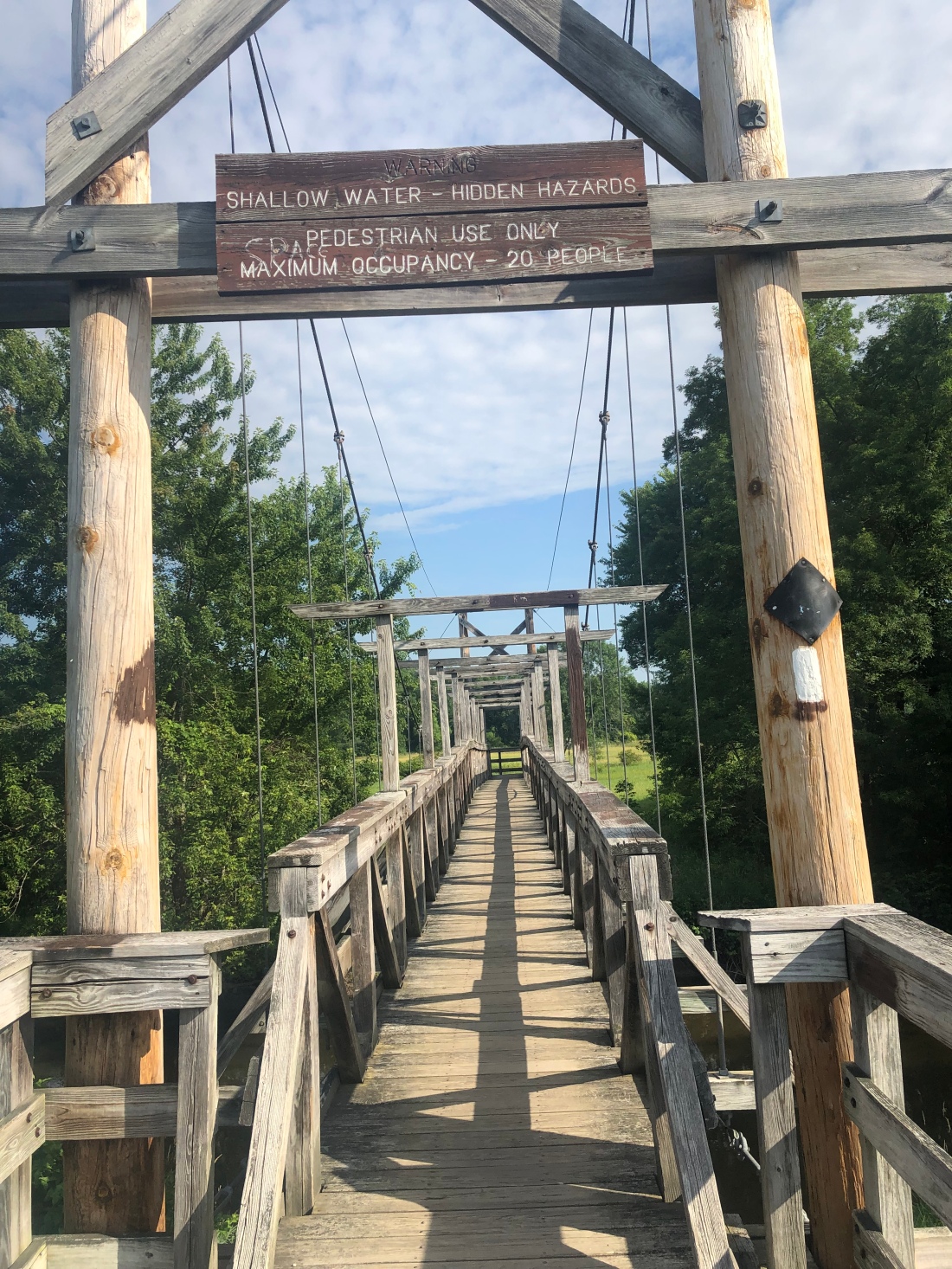 At the end of this (after a 2 hour interruption which I will tell you about just now) we went up stairway to heaven and yes, it is exactly what it says: a rocky climb (like steps) up and up and up. I felt strong and moved up well but I think that depleted my energy levels.

As it is a public holiday (Independence Day) there were lots of casual walkers, families with small kids on the boardwalk, and the more sporty on the stairway to heaven. Always a pleasure to have the casual hikers around and the “happy 4th” wishes were flying around.

It was incredibly hot today. We came across a cooler box of cold drinks (ice melted by then) left by a woman whose son thru-hiked last year – she left a book for hikers to sign and in the book she said White Owl said (whilst on the hike) that there is nothing like a cold soda on a hot day. So true!

After the stairway we had some gentle walking but mostly we had ups and downs and what finally finished me off was walking for about 2km on big round boulders on a ridge in full sunlight.

At the end of the day, when we are within 2km of where we planned to stop, Trevor often finds a camp site and says “what if all the spots where we are heading have already been taken? Let’s stay here”. I get irritated with that as cutting the day short effects our target. But when we saw a good tenting spot 3km from where we were planning to overnight he didnt have a chance to say a thing before my backpack was already off. The heat gets to me! And my toes are currently protesting. This day was long enough.

We have just studied the route for tomorrow and we are in for another tough day. I think the honeymoon might just be over….

As for the 2 hour interruption between the boardwalk and stairway: it has all to do with the recovery of our power bank.

I called the general dealer in Unionville at 8am sharp: they said the power bank was found but a hiker took it. When we realised which hiker it was (coincidentally also called Iceman) we knew we wouldn’t see him again, he is doing a 3 day hike only, stayed 8km behind us last night and moves slowly as he has a dog struggling with the heat. Our Iceman sent a message offering to buy one and bring it through to us but he lives 3 hours away so we would never expect or accept that.

After the boardwalk we stopped at the Heaven Hill Farm store (lovely, neat, cool, welcoming) only 200m off the trail. Had a peach each, shared a tomato pie (I felt my cells absorbing the vitamins while I was eating) and Fanta (Trevor) and Gaterade (me). Most importantly – I phoned the general store again, I just found it strange that New Iceman would have taken the device, he would have realised the probability of seeing us again is low. Low and behold, he brought the pack back this morning after he didn’t find the owner the previous night (he was camping at the town’s camp site). Our device was found -we just needed to get back to Unionville (and then back to Heaven Hill) to solve our problem.

Although Uber is quite scarce in the area we found one to fetch us from the Heaven Hill and take us to Unionville (20mins away by car) and back, and that is how we got our device back. I am relieved as Trevor’s plan (to order from Amazon and have it delivered to where we are staying in Fort Montgommery on Saturday) would have meant an extra day off the trail.

When I sent our Iceman a note to say all solved….. he was already on his way to us to come and help! When he was sure we found an Uber and was on our way, he turned round and did trail magic at another town, and I just heard from him that Tin Can (the lovely boy who ate the half gallon ice cream in 27mins and went off trail for a few days to say goodbye to his sister who is moving to Japan) came through while he was there. I really hope Tin Can catches up with us – he has been one of our favorite people on the trail.

We are lying in our tent hearing 4th of July fireworks, there will probably be quite a lot of it tonight.